Welcome to CiaranRosney.com Keep up to date with all the latest news, releases and tour dates.

From a very early age the signs of becoming a full time country singer were very obvious to all who knew Ciarán Rosney. Growing up in a country music lovin family, in the heart of rural Ireland between two small villages, Ballycumber and Pullough in County Offaly. It was always on the radio or in the car, whether it was on trips visiting relatives or just going to the bog to harvest the turf, once the car engine was turned on, Ciarán started singing. Although traveling many musical avenues on his quest to develop his musical knowledge and instrumental skills he always found himself returning to country music.

And so the journey begins…

At age six he accompanied his older brothers to guitar lessons in Ferbane, Co. Offaly with the renowned local musician, Tony Hollerhan. At age nine he began formal music theory studies and piano lessons with Michael Moore in Tullamore. 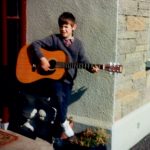 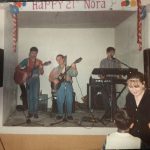 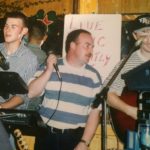 In his early childhood years and throughout his teens Ciarán worked hard on his singing and won various local talent competitions around the midlands including, Saint Mary’s Youth Club annual competition in Tullamore, which he won three years in a row, allowing him to achieve recognition from a young age in the music scene. After completing his junior certificate he received a number of offers to join professional bands and was at one stage contemplating leaving school to go full time on the road however he decided at that point to continue with his studies and put his dream to one side. Later on, with his acceptance into third level education at Waterford Institute of Technology to study music Ciarán was exposed to some amazing musicians and formed some life longs friends.

In the final year of his BA in Music at Waterford Institute of Technology Ciarán specialised in classical guitar. To further his education he pursued a Masters degree in Music Technology from Dublin Institute of Technology where he developed his knowledge of computer music and the recording process. To further develop his guitar skills he studied for a Masters degree in Music Performance from The College of Music at Dublin Institute of Technology under the guidance of the guitarist, John Feeley. At this point Ciarán had developed a name as an accomplished classical guitarist winning the Bach Guitar prize in the Dublin Feís Ceoil and performing solo recitals across Ireland however  it was his love for country music, which he grew up playing and listening to, where he would find most pleasure and enjoyment. 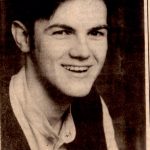 In 2012 Ciarán made the brave decision to finally pursue his country music career. After spending a number of years teaching music he decided to follow his country music idols Ray Lynam, Vince Gill and Merle Haggard and take to the road as a full-time country singer. And so far so good. He has been very busy fine-tuning his live show, performing across the length and breadth of Ireland meeting some fantastic people & receiving very positive feedback.

In 2014 he released his first country album called ‘Country at Heart’ which included the hit singles Willies Shoes and When it’s Gone. 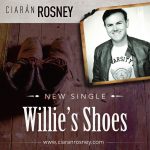 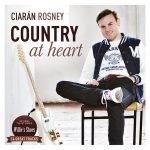 It was 2015 when Ciarán began gaining recognition for his hard work in what was a very exciting year for him. In March he picked up a ‘Country Roots Award’ at the Irish Farmers journal awards. In May he released the first single from his second album called ‘I wish I was in Nashville’ and in August he released the second single called ‘The Old Turf Sod’ which was written by his brother Stephen. This Waltz is proving to be a real hit with dancers and radio listeners across Ireland. 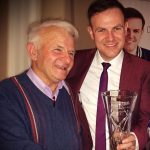 2016 proved to be a very busy year for Ciarán. In May he travelled to Spain with Robert Mizzell for his ‘Boogie on the Brava’ tour and in October he was back in Spain for another tour with the Three Amigos. In August he recorded a duet with legendary Irish Country singer Margo O Donnell which was a popular hit with their fans. 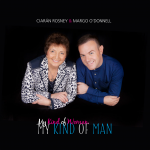 Once again, in 2017, Ciarán traveled to Spain, in May with Robert Mizzell and also in October with the Three Amigos. He released his second ablum ‘Me and My Old Guitar’ which includes 15 songs, five of which are original songs written by himself and his brother. 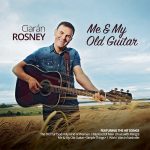 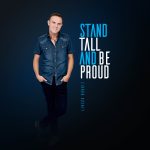 In March of 2018 Ciarán launched  his own five-piece dance band. This is something he had always dreamed about from  an early age and already  he has played in dance halls across Ireland and the UK.

To date Ciaran has appeared on some of the Top Rating TV Shows on Irish Television including RTE’s “Late Late Country Special with Ryan Tubridy” and The Nationwide Country Special where he spoke to well known Presenter Mary Kennedy about his career to date. He has also received a very positive reaction from all The Satellite Country Music Shows. Ciarans Music Videos have also been recognised as some of the best produced videos in The Country Music Industry  and his Music has been played on both local and national Radio Stations, something for which Ciaran is most grateful. 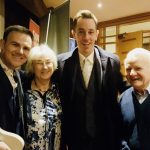 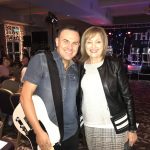 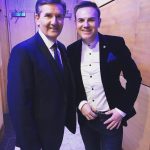 In April 2018 Ciarán was presented with the Hot Country “Most Exciting New Country act” award, which not only recognised Ciarans progress to date but it also marked the contribution that his Band has made to his growing popularity on the scene. Ciarán has remarked more than once that he feels so fortunate to have a fantastic band as well with some great musicians from different parts of Ireland. 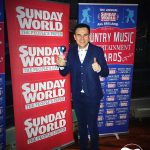 Currently, Ciarán is busy recording tracks for his next album which is due for release in 2019. The hit songs  “Hold Whatcha Got”, “Found”, “Remember Who You Are” and “Maries Wedding” will be included on the album along with a duet “Golden Ring” with Donegal singer Ailish McBride, which is being recorded under the supervision of renowned producer, Jonathan Owens in Spout Studios in Granard Co. Longford. 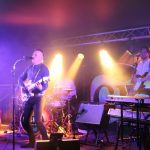 Ciaran Rosney is looking forward to headlining at some of Irelands Top Country Music Festivals this year and he continues to be one of the most sought after acts in The Live Country Music Venues across the Island of Ireland.

Even though it has been a long road for Ciarán it seems like the journey is just beginning!